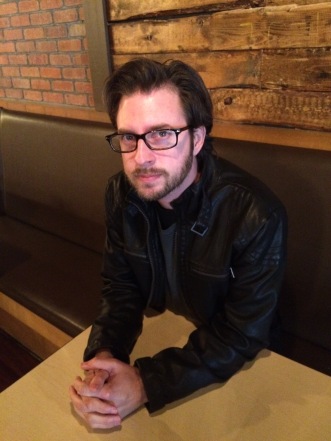 Brian began his journey as an imaginative child and liked to draw comic books at a young age. He spent his early childhood absorbing action and science fiction books, movies, and video games throughout his adolescence. Brian received a scholarship at the age of ten years old to participate in a young writer’s workshop at the University of California Stanislaus. He excelled at writing throughout high school, but pursued music as a career upon graduation. After recording and performing in several rock music and underground hip-hop groups, he decided to change course and focus on writing. Brian began performing spoken word poetry and competed on the national level taking second prize in the southern California regionals in 2010.

Brian currently resides in Riverside California where he continues to write and perform poetry at various local events, but now focuses on creating new creative fiction. Along with his novel writing, Brian also writes for his own online blog, and hosts a weekly writing workshop for developing writers called Underground Writers Unite.