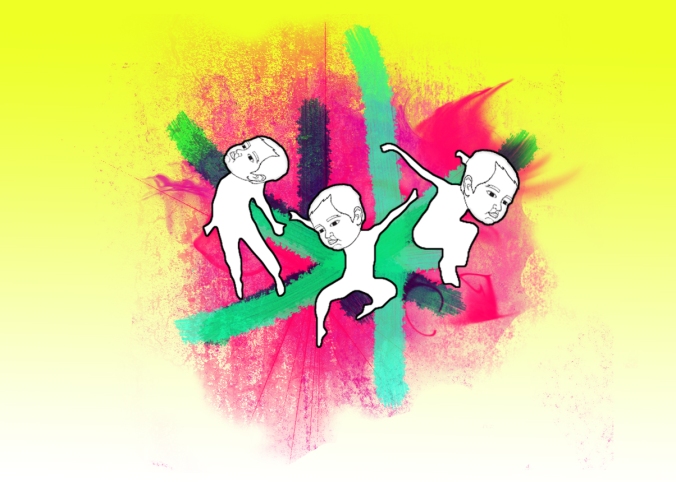 The baby head has been the symbol of Saturation Fest since it began 15 years ago.

Last year I attended my first ever writing workshop during a local art and music festival here in Riverside California called Saturation fest. I have participated in slam poetry sessions and open mic performances in years past, but this time I wanted to concentrate on creativity—not performance. My mind was set on writing as a career, and I was going to put all of my eggs in that one basket. Turns out, that the old adage about how you have to crack a few eggs to make an omelet should also state: you’re going to need more eggs than you think because some of those eggs are rotten. 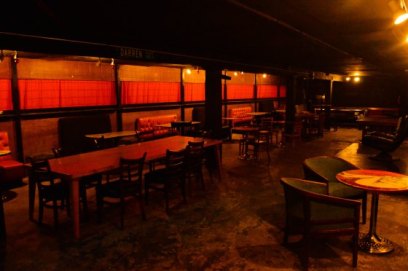 The lower level basement at Back to the Grind coffee shop

The writing workshop occurred in the basement of my favorite coffee shop: Back to the Grind. I attended, hoping that the facilitator of the workshop would have all the answers, and send me on the true course to writing, publishing, and success. Man, was I ever wrong.

The gentleman that hosted the workshop showed up late. Well, I considered, writers are kind of on their own schedule and are subject to the muse, so I didn’t ruminate too much about the first impression. Let’s call him John, not to hide his true identity, because that could very well be his name, but because frankly, I don’t care to remember his name. John gave a long winded autobiography that felt like it droned on, considering that the gentleman was lacking any kind of charisma or likability. The man made a huge show of his own history but failed to ask us—his audience, and students— who we were, and how we came to find ourselves in such a workshop. John claimed that he was a seasoned journalist and shared with us, not his experiences, but the idiosyncrasies of his process. He collected receipts from every single transaction that he had made since college (and he was far from college), sloppily organized in manila envelopes. Somehow, these breadcrumbs where supposed to lead him to a novel that he would write someday.

His advice was to write anything and everything, and immediately post it to Tumblr so that people could read your work and critique it, and also to establish a kind of digital copyright on half constructed ideas. The idea sounded strange, but I was willing to try it; words of advice: don’t do that.

John then had the group (I say group, but there was only two people besides myself in attendance) go on a field trip to another Saturation Fest event coinciding with the workshop; an indie zine and print shop gathering. He explained: “wander around and take in the sights and sounds of the landscape.” Then we were to write an article about the event and email it to him before Monday. With that, John dismissed himself and disappeared. I did email him the part I wrote—it was quite negative in tone due to my involvement with the whole thing—and did not receive a reply. I chalked it up to experience and continued on my writing journey.

A few months after that failed attempt at a writing workshop, I joined a true writing workshop that inspired me, and sent me on the correct path to learning prose and process. Now, a year later, it is I that am hosting a writing and publishing workshop during Saturation Fest to coincide with my book release—I think I can call it a book launch at this level of press.

I have come full circle; I have learned by taking the bad advice with the good advice (along with the non-advice in the case of John the journalist) and I am ready to give it back to that next new author that is ready to take the next step; maybe my workshop will be assailed, and become fodder for the next writer to put together their own workshop for Saturation Fest next year. As long as I inspire those in attendance to either make the steps to follow their dream of writing, or come to the conclusion that the writing life is not for them, I will have succeeded. 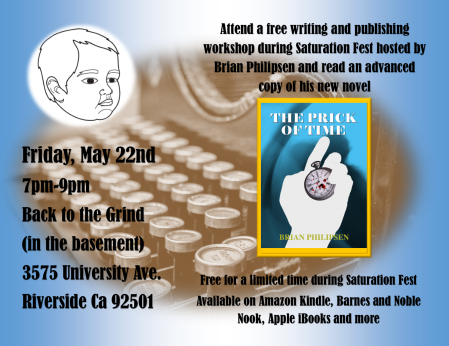 Now the question: What do I talk about?